A short narrative poem by Alyssa Wright about someone practicing rock climbing.

A glance up,
A glance down inverts my stomach.
First the right hand, then the left.
Now the right foot, now the left.
On and on and on,
Up and up and up
I go, looking down no more.
The bell! Yes, the bell!
Ring, ring, ring!
Triumphantly, I rappel down the side
of the rock climbing wall.

A short narrative poem by Alyssa Wright about a songbird who sings of Death, Nightmare, and Danger.

The Songbird sang her sonnet,
A darkly melodious tune, tinted
by ominous and haunting swoons.
Soon she’s found herself an audience,
drawn by her curious tune:
He draws nigh,
He comes close
In the night,
Coming by to
Bear you home.
It is of Death she does so speak,
though Death’s duration she cannot leak.
Her sonnet moves on with her enraptured watchers,
Singing first again of Death then moving
To hauntingly mention Nightmare.
Then darkening her tone with the twilight,
her melody moans of Danger’s lurking near.
Enraptured becomes terrified and gone-all are the listeners,
just as Songbird finishes her last moon.

Alyssa Wright reflects on how creating value and being right don’t always align. Beliefs shape lives, but the utility of those beliefs is often more important than their truth. 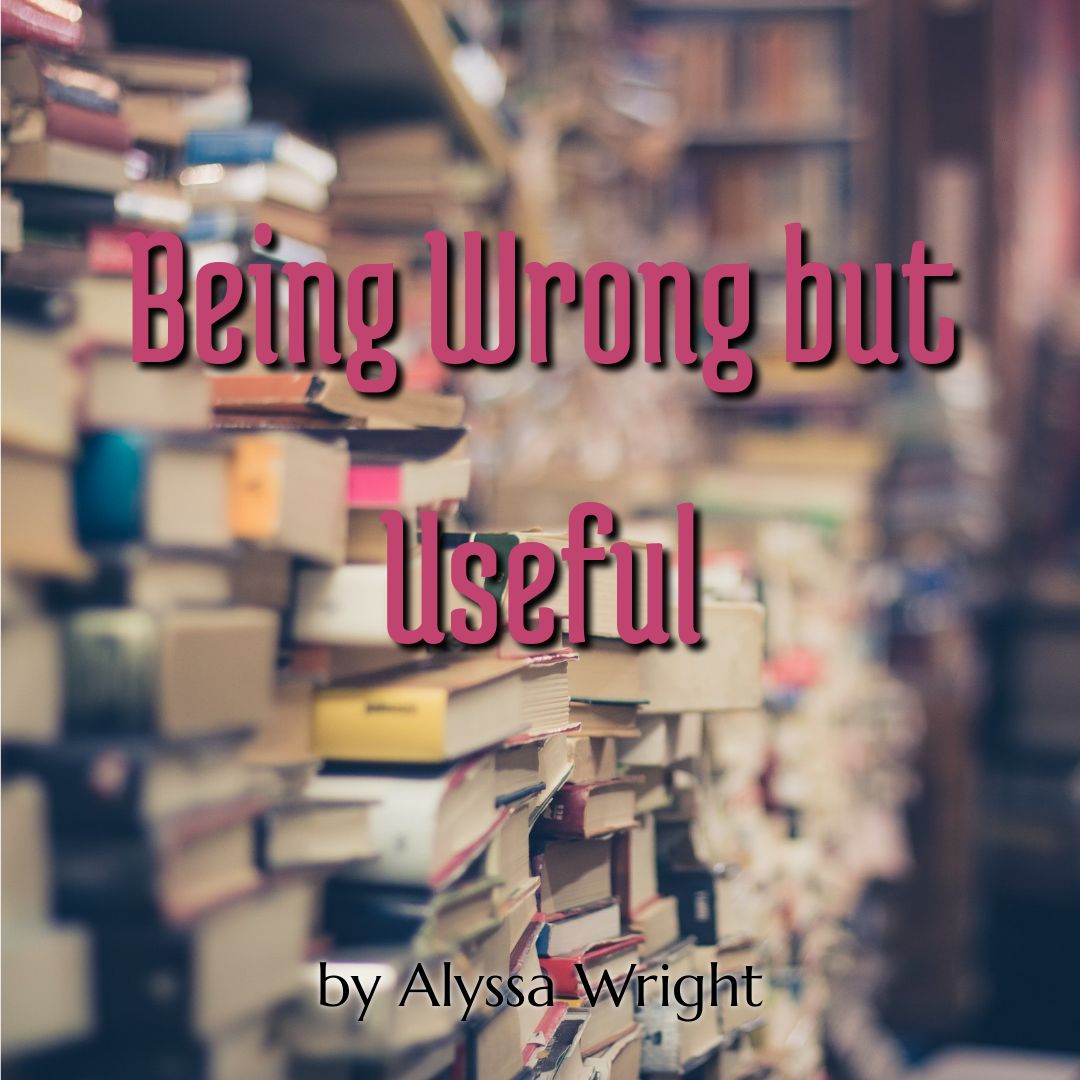 We all want to be right, to have a true understanding and right perspective on the world around us. We look around at different perspectives that clash with our own and think those people are ignorant, stupid, or evil. We look into the past and see all the times people were wrong and laugh at how stupid they were.

But in the future, people will look back and laugh at us and how stupid we are. Are, as in right now in this current moment. We are wrong about a lot of things, and don’t even know it. Probably a majority of what we believe to be true isn’t.

In some cases, our wrong beliefs have a functionality. If they have enough sense, they cohere with the rest of our understanding of the world. In science, models are simplifications of reality. In the past, models for atoms were incorrect or an oversimplification. But in high school chemistry class we still learn about Bohr’s model of the atom before we learn about the more complex, more current models. Because there’s a usefulness in the wrongness. The model is inaccurate, but it helps simplify the concept so it is comprehensible.

For this post, I’m drawing from two videos. “On being wrong,” a TED talk by Kathryn Shulz, and “You have no idea how wrong you are,” a video I watched during Praxis last month.

We’re wrong, a lot. Kathryn Shulz said in her talk, “Being wrong feels like being right.” And it does, until or unless we realize we’re wrong. But in the realm of religion or philosophy or etiquette or any number of other things, we will never know if or that we’re wrong. We can change our minds, sure, and think we used to be wrong in what we believed, but we can’t know.

That most of what we think and believe is true doesn’t entirely matter. Most of it is probably wrong. Whether it works and makes sense in relation to what we know and understand of the world matters. Though most of our understanding is probably very wrong. But it works, just like Bohr’s model of the atom. It has a utility.

When we can relate to the world and to each other in a way that makes sense and use that relation to create value, we can succeed. Even if a decade, or century, or millennium from now people look back and think we’re stupid for how wrong we are. If it works and we can use it to create value and improve people’s lives, including our own, we’ve succeeded.

How right we are doesn’t matter. How much value we can create does.

Alyssa Wright reviews Snooze tea by Teapigs, a before-bed tea made of chamomile, lavender, and apple.

Like my Coffee Explorations series, this post is not sponsored. I have a referral link for Sips by, but I’m not creating this post as an advertisement.

Last month I signed up for a tea subscription service called Sips by. I realized too late I could write about the teas I received, so here we are with my March box. I’m also making a video of making and trying the teas, which I’ll embed once it’s complete.
Yesterday I wrote about Assam black tea.

Last night before bed, I tried Snooze by Teapigs. It’s a mixture of chamomile, lavender, and apples, intended to be relaxing to help you unwind before bed.

The tea sachet was very intriguing to me. It has flecks of lavender and chamomile as well as tiny cubes of dried apple.

The first thing I noticed was that it’s very light colored. That surprised me and made me think it didn’t steep properly until I bobbed the tea bag a few times and it didn’t change. It’s lighter even than white tea, which has a faint yellow color. This is more a translucent cream color.

With the first sip I noticed a light but pleasant flavor. I couldn’t tell if or how sweet it was on it’s own from the apples because of the temperature. I added a tiny bit of stevia, far less even than a half teaspoon. That seemed perfect. The tea is light enough that more sweetener would have overpowered it by a margin. I could taste the stevia pretty well, especially compared to the Assam black tea.

I wasn’t sure at first how well I liked it, but as I drank my cup I decided that chamomile, lavender, and apple mix well. It almost had a lemony element to the flavor, even without any lemon in it. It has a lighter flavor than just chamomile tea, pleasant addition of some lavender, and a tiny hint of lemony-apple.

I don’t think it’s as good as Bigelow Sweet Dreams, which is chamomile and mint, but it’s still enjoyable.

I think the flavor of stevia did not quite fit into the tea. Tonight I will try it without stevia, maybe with honey or nothing at all. I have quite the sweet tooth, so I almost never like unsweet tea, but this had a flavor profile that lends itself to be unsweet.

If you want to go on your own tea exploration, I recommend Sips by! It’s a really fun tea subscription and they send quality teas. You take a short quiz about your preferences, then you rate the teas you get so they can tailor your box. If you have dietary restrictions, you specify those. All the teas I get from Sips by are vegan. I can’t guarantee anything else about them. If you join with my referral link, by clicking any of the mentions of Sips by, you can get $5 off your first box!